Truck tonnage rose 3.8% in 2022 compared with the prior year, posting the highest year-over-year gain in four years despite closing out with modest December results, American Trucking Associations reported.

ATA Chief Economist Bob Costello said the annual 3.8% gain was the strongest since 2018, and marked the 16th consecutive year-over-year increase. Still, it was the smallest annual jump over that span and reflected a freight market that slowed as the year drew to a close, he said.

“Despite the small gain in December, for-hire truck tonnage clearly decelerated during the final quarter in 2022,” Costello said. “The index’s yearly gains were primarily driven by strength in the first half of 2022, so despite a marked slowdown as the year ended, for the year as a whole tonnage posted a very solid year overall.”

Costello noted that trucking was faring better than some other sectors.

“Tonnage outperformed some other key metrics that drive truck freight, like housing starts and factory output during the final month of the year,” he said. “This is probably because contract truckload freight is still outperforming the spot market and less-than-truckload freight after underperforming both of those sectors in 2021.”

Host Seth Clevenger speaks with Waabi’s Vivian Sun and Apex.ai’s Jan Becker about how autonomous trucks can fit into the freight transportation industry. Hear the program above and at RoadSigns.TTNews.com.

ATA since the 1970s has been calculating the tonnage index, which is based on surveys from its membership. The report includes month-to-month and year-over-year results, economic comparisons and key financial indicators.

Trucking represents 72.2% of tonnage carried by all modes of domestic freight transportation, including manufactured and retail goods, per ATA. 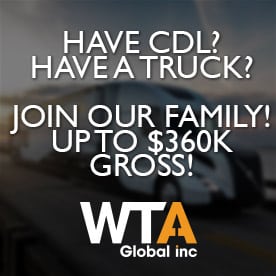 Page load link
Subscribe to a newsletter
Be the first to get latest updates and exclusive content straight to your email inbox.
Give it a try, you can unsubscribe anytime.

Powered by Convert Plus